For the first OUTDOOR GUIDE we have choosen an easy one, reachable in less than two hours by train and bus from Milan. We thought about this one because we always heard about Val Codera, a mythical valley in the Italian Alps close the Swiss borders, which can only be reached on foot, by bicycle or by helicopter as there are no tarmac roads. We did the journey in two days but obviously anyone can make it at is own speed. 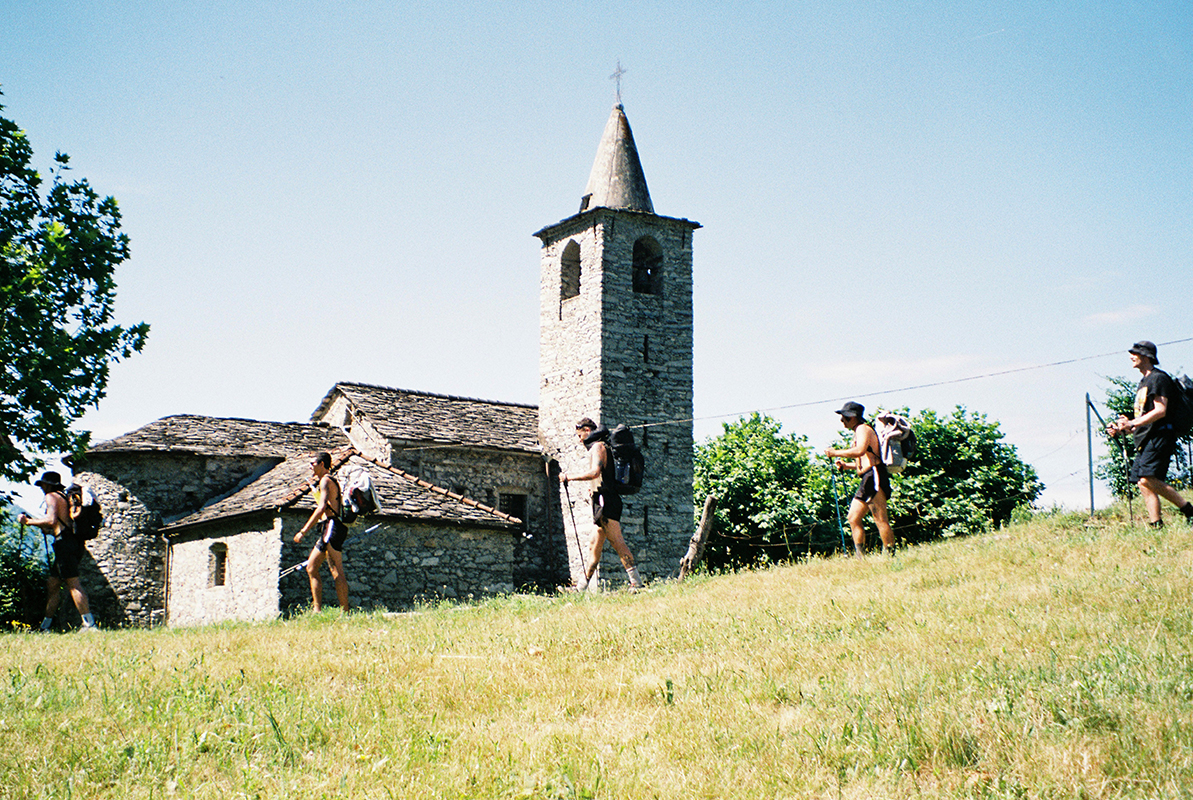 You can reach the starting point, Novate Mezzola by car or by train and bus. Taking public transports is actually super comfortable, you can take the train to Colico Station (LC). Once there, exit and after 50 m on the left there is the bus station for Val Codera. The journey takes about 20″ untill Novate Mezzola.

Season: Mid-May to October. it’s not rare to found lot of snow, even in late spring, in the valley.

Permits: no permits are required

Language: Italian. A basic knowledge of either definitely comes in handy, however, most of the locals along the route know at least a little English.

Cell/Mobile Phone Coverage: The phone coverage is quite bad in the valley. However an increasing number of huts now offer Wifi for guests.

Cash or Card: We did’t pay with card during our journey but be sure to have enough cash for emergencies. In our experience not many huts accept credit cards.

Resupply: The valley is full of Rifugi (mountain huts), at which you can purchase meals, snacks and sandwiches to go. Note that if you are interested in hiking out of season, you either have to carry all your own food from start to finish.

Water: During the route there are always regular drinking spots except near the bivouac, we suggest to bring with you a water filter to purify the water coming from the mountain. 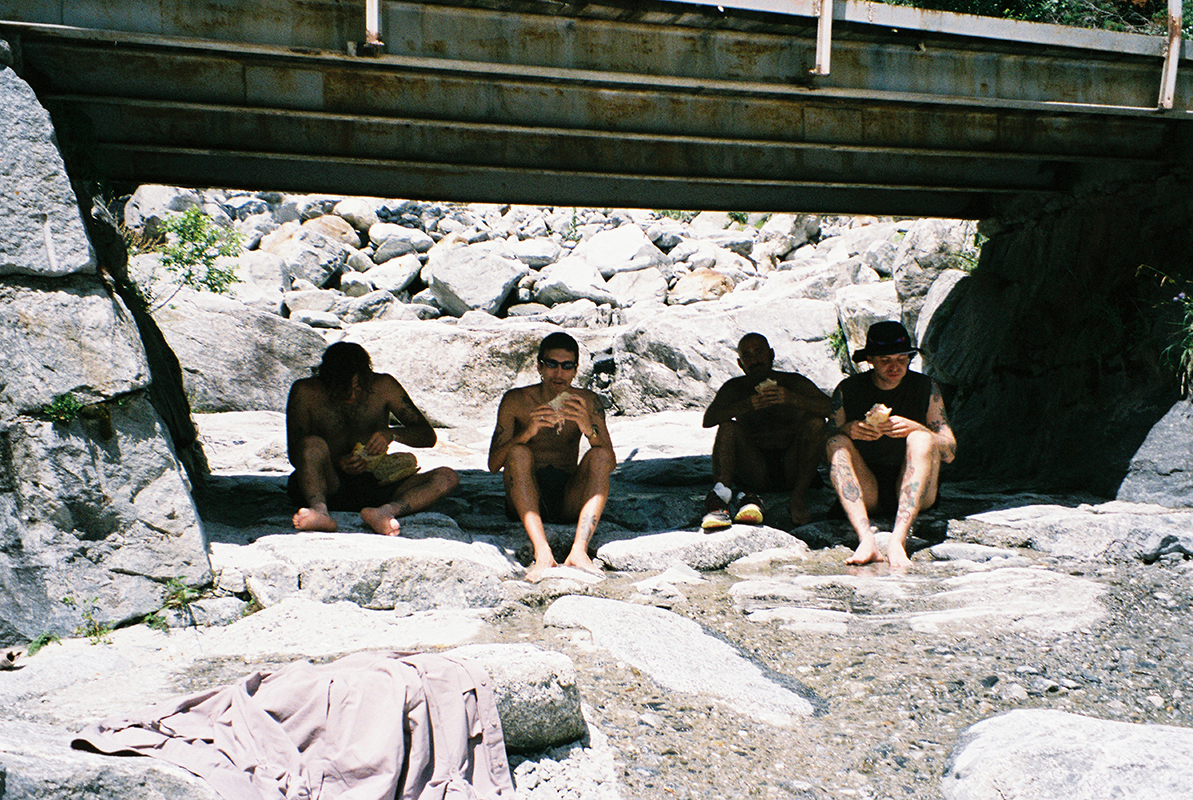 A lunch pause under a bridge used as shelter against the sun. In the picture left to right Bico, Yuri, Dicor and Andrea. Picture by Teo Poggi©

The path is always well signposted and in excellent condition, after the village of Codera the path turns into a long but pleasant dirt road. This road will take you to the Luigi Brasca Refuge which rises in a basin of meadows and woods at the end of the wild and unspoiled Val Codera. Surrounded by grandiose peaks, such as Ligoncio and Punta Sfinge, it is the first stop on the famous “Sentiero Roma” trek that leads to the heart of the Masino-Bregaglia massif.
The long walk to get to the refuge from Novate Mezzola shows the mountain enthusiast a variety of remarkable flora, combined with the discreet and unprecedented presence of mountain villages now lived only in summer.
On the right side of the refuge begins the path which, skirting the two fascinating Ligoncio waterfalls, will take you to the Carlo Valli bivouac.

Wild Camping: Officially speaking, “camping” – which is apparently defined in Europe as staying in the same tent site for more than 24 hours – is strictly prohibited. On the other hand, the “overnight bivouac” – setting up late and leaving early the following morning is allowed (or at least tolerated) as long as you practice LNT principles, we suggest to do it as stealth as you can. 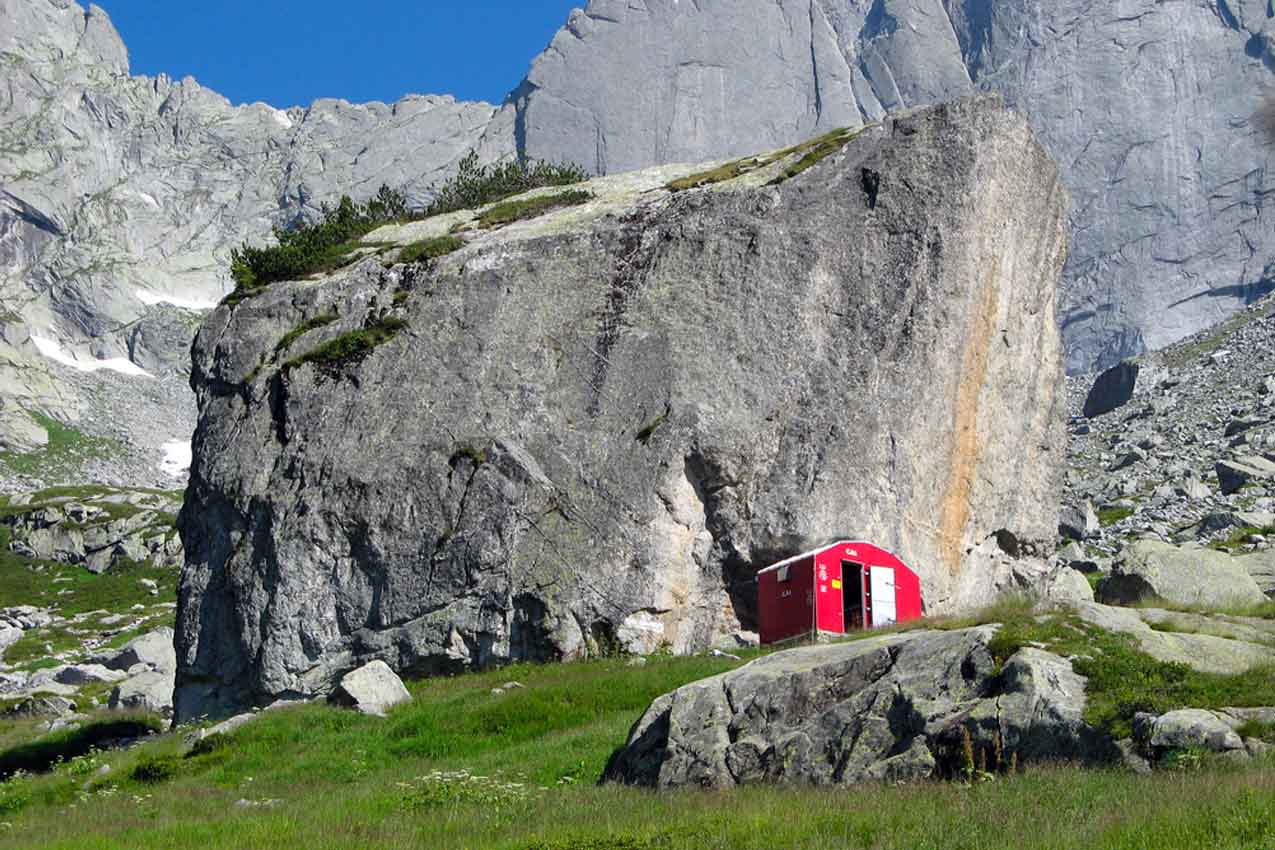 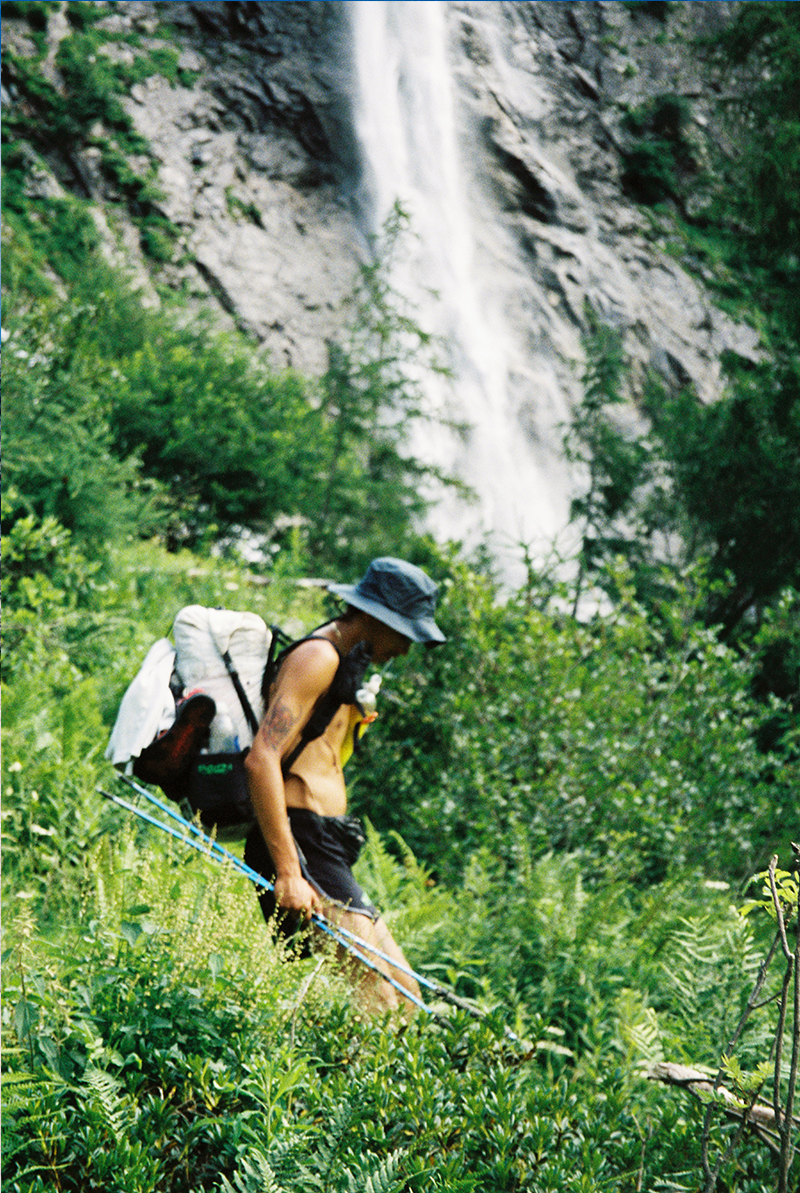 Yuri passing near the waterfalls of Pizzo Ligoncio. Picture by Teo Poggi©

The Outdoors Guides is a Rayon Vert project powered by ACG.